A Short Letter to a Misunderstanding Right

In the late 1960s, two things happened at once. One, the radical liberationist “New Left” emerged within the activist left from the Critical Theory of the Frankfurt School, mostly following Herbert Marcuse’s agitations. It immediately set upon both Marxism and liberalism, especially the latter, whose focus on plurality, universality, and individuality it is diametrically and fundamentally opposed to in favor of radicalism and collectivism. Two, postmodernism emerged on the academic left, denying any possibility of accessing objective truth and seeing all applications of knowledge as misuses of power. It too immediately attacked Marxism and liberalism, both of which it saw as naïve “metanarratives”—cohesive and overarching explanations of history, progress, and society.

In response, Marxists and many socialists more broadly, who are instantly recognizable as a significant part of “the left,” immediately objected to the New Left’s Neo-Marxism (or Cultural Marxism, as they sometimes called their own framework) and its marked departure from a focus on economics into broader cultural issues. They also objected to the postmodernists for their incoherence, denial of objective truth, deep suspicion of Enlightenment reason, and intense focus on language, discourses, and attitudes rather than material reality and ideology. Liberal lefties, the most mainstream faction of “the left,” distanced themselves from the radicals while regarding postmodernism relatively tolerantly as something a bit weird that had a right to exist.

Then, in the late 1980s, radical leftist activism fell out of fashion as more and more people distanced themselves from its bad ideas and propensity to violence. Meanwhile, postmodern ideas took up their charge and thereby evolved into more activism-orientated and applicable branches of Theory, thus co-opting anti-racist, anti-imperialist, feminist, and LGBT scholarship and activism to the cynical, pessimistic, and radically subjectivist cause at their heart.

In response, Marxists and most socialists continued to object to these developments, which they increasingly saw as anti-intellectual and still saw as serving more bourgeois interests than those of the working class. Liberal lefties looked on more sympathetically, thinking this new “applied postmodernism,” as it is coming to be known in retrospect, probably meant well, was relatively harmless, and could have some insights to offer.

By around 2010, Critical Social Justice scholarship and activism began to solidify into a simplistic and authoritarian metanarrative, “the right side of history,” that had fused radical liberationist activism to postmodernist and poststructuralist Theory. The idea of campaigning with socially brutal tactics for the cause of “social justice,” as very narrowly defined by Theory, became central to the mission of the intersectional left.

In response, Marxists and most socialists continued to object to it, on principle and increasingly vigorously. The older-guard radical left, whose movements had been co-opted by the intersectionalists and turned heavily postmodern in orientation also objected vigorously. Liberal lefties began to wonder if this critical approach to “social justice” might not only be misguided but becoming a bit illiberal.

Most recently, in 2015–20, these emerging themes of intersectional activism and left-wing resistance to intersectional activism escalated rapidly, and Critical Social Justice notions of diversity, equity, and inclusion became culturally powerful, institutionalized, and overtly authoritarian in disposition and activity, particularly within administrative architectures, trans activism, and anti-racism.

In response, Marxists and most socialists continued to object to it, increasingly loudly pointing out that almost no attention was being paid to the working class at all now, and it was, as a result, increasingly turning to the right. Many radical activists, particularly radical feminists (radfems) began to reject the intersectional approach more visibly, as intersectional and postmodernist queer Theorists and activists, especially trans rights activists, increasingly bullied and intimidated them and, occasionally, showed up to events to physically assault them, primarily in service of denying the existence of biological sex and the objective reality of being a woman. Finally, the left-liberals’ tolerance of this approach started to become exhausted.

Today, we find ourselves in a situation in which nearly everybody recognizes the problem—everybody, that is, who isn’t a Critical Social Justice scholar or activist, a few dense liberal lefties who are still weakly and confusedly muttering “but social justice is a good thing…,” and a handful of confused people who think the intersectionalists are actually Marxists. This includes not just some of “the left” but most of it.

As they have done for decades, Marxists and most socialists continue to object to the problems created by Critical Social Justice lefties focusing nearly exclusively on identity rather than the working class and thus dividing and weakening that class. In fact, they recognize that the intersectionalists are doing much of the “divide and conquer” work in the working class that they believe bourgeois interests always do to maintain their power. They also reject their eagerness to try to silence people rather than encouraging dialectic. Similar behavior arises from the radical left, who are dismayed with the intersectionalists’ willingness to reject the existence of objective reality, particularly on the interrelated issues of biological sex and sexuality. As a result, both groups are ignored by almost everyone.

Meanwhile, liberal lefties are gaining some strength in opposing Critical Social Justice lefties but are largely dismissed as right-wing conservatives, if not fascists, in response. Sometimes, unfortunately, these accusations are echoed by the Marxists and socialists too, who have always had profound disagreements with the liberal left for its support of capitalism. There is hope here, however, particularly in the UK where an “old left” focusing on economics is stronger and more distinct and draws on both liberal and socialist ideas. More hopeful still, the liberals, Marxists, socialists, (to some degree) radicals, and even centrists and some conservatives are beginning to realize that we all share something in common against the Critical Social Justice left: we believe we can debate, discuss, and ultimately know something about objective reality and that everything isn’t merely a combination of subjective experience and political strife over power and who controls it.

Nevertheless, while most conservatives are more keenly aware of the problems with Critical Social Justice, they are slow to understand that, like on their own side of the aisle, “the left” is a coalition made up of several factions that do not agree with one another. Just as free-market libertarians cannot reasonably be blamed for the beliefs of anti-capitalist Christian conservatives, who in turn disagree strongly with anti-capitalist conservative Muslims, and center-right classical liberals and center-right social conservatives both also exist and disagree with each other and all the rest of these groups, so too is the left comprised of people with very different ideas who fully understand and consistently oppose each other. We frequently hear much confusion from some conservatives who seem to think Marxism and postmodernism are variations on the same thing and that (in the US) all of them fall into the broader category of “liberal” despite the gallons of ink spilled over the disagreement between all of these factions for decades if not centuries. Very often, we will hear: “The left is all [Critical] Social Justice (Warriors), and if it’s not, why aren’t any of the other lefties opposing them?”

In response, the Marxists, radicals, and most socialists respond with exasperation: with something like, “Are you serious? We were the first to address the issue of postmodernism. We’ve been telling you that postmodernism is a problem for half a century now. Read our critiques of it. Begin with Chomsky vs Foucault in 1971, move on to Fredric Jameson in 1991, and then have a look what the World Socialist Web Site has to say about it right now. Liberal lefties (like me) wonder what more we have to do for you to notice both our existence and our opposition to the irrationalism and illiberalism of postmodernism and Critical Social Justice. I’ve just spent five years criticizing them full-time while advocating liberalism, and yet conservatives who found me precisely because of the criticism (and who often then leave again because of the liberalism) will still ask me why the reasonable left isn’t doing anything, if it even exists. Most of “the left” rejects Critical Social Justice every bit as much as you conservatives do, and it would be both nice and wise if you would start recognizing it and get away from the factionalist power-games mindset yourselves.

So, let’s have a deal. If conservatives can agree not to blame liberals or socialists (or even the radicals, kind of!) for Critical Social Justice, which has co-opted all of our movements and efforts against our will, we on the left can agree not to blame right-leaning libertarians and classical liberals for conspiracy theorists and religiously social conservatives who try to ban teaching of evolution and who want to render homosexuals as second-class citizens again. Your side is a coalition of factions, some of which need cleaning up, and so is ours. Most of us on “the left” are realizing we need to fight those on our Critical Social Justice fringe, and we hope you’ll start to notice. 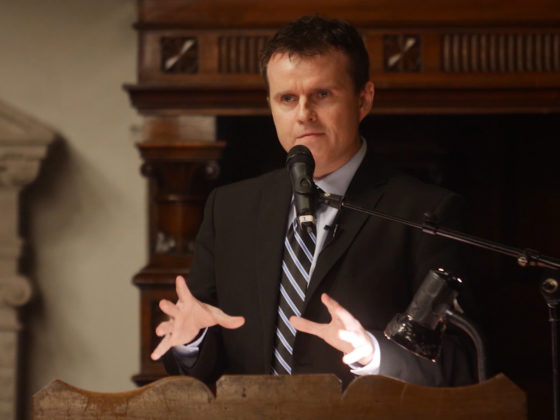 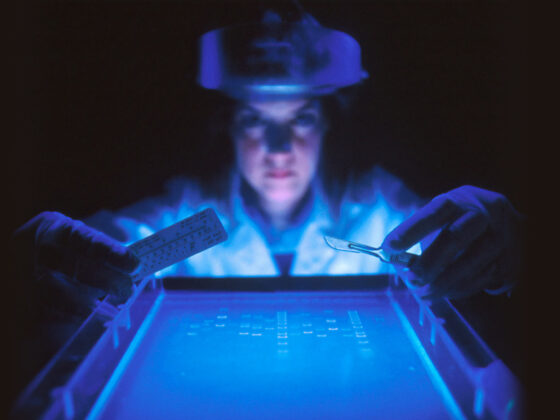 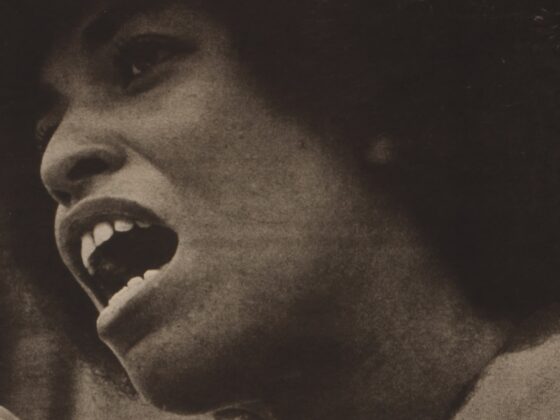 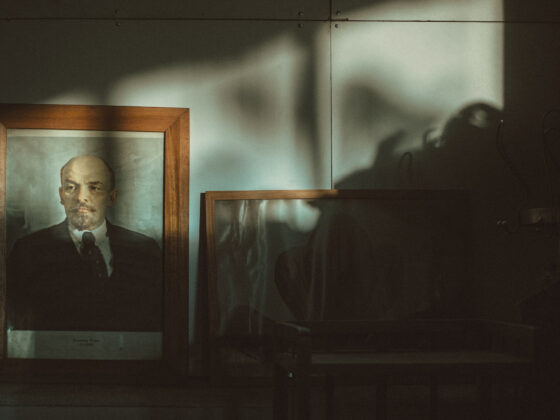 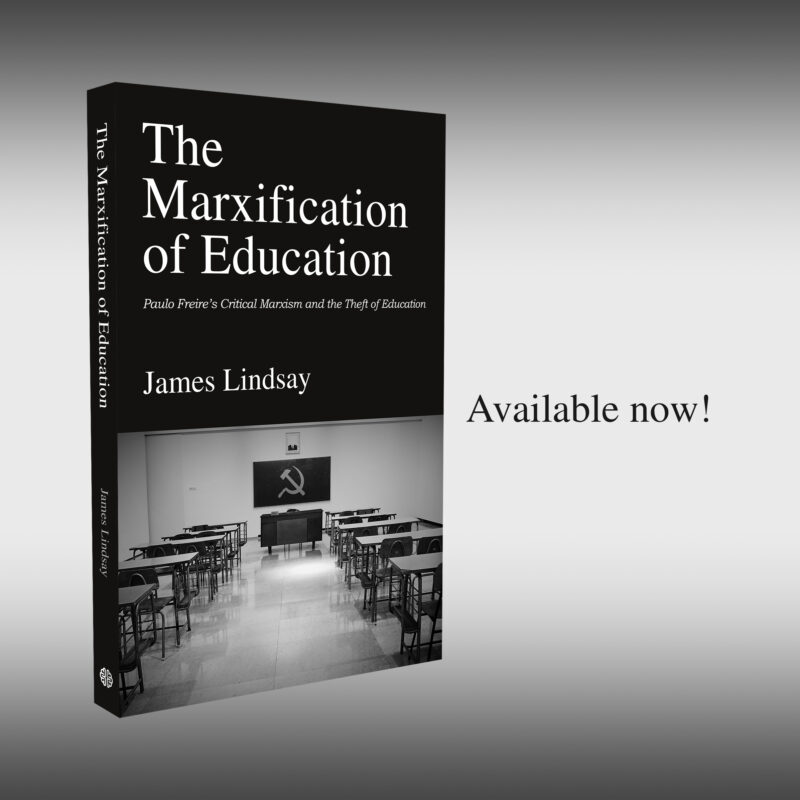