Almost everybody has a Woke Breaking Point. A point of Peak Woke. Or, at least, they should.

There should always be a line that, once crossed, signifies to someone that the ostensibly good or noble thing they currently support has soured or, as the case may be, gone completely bad. We all know the history of the twentieth century (or, so I delude myself into believing). Certain features of the Woke ideology, even if only on its extreme fringe, show shocking potential for being a totalitarian nightmare unfolding before our eyes, especially because so many good and decent people so vigorously (and viciously) support it all of a sudden. Even the rapidity with which it is spreading is disorienting, and thus alarming.

I realized the importance of establishing a “Woke breaking point” the other night while discussing the bizarre defenses of our current era with a brilliant friend. We were talking about the people in our lives who have hit their Woke breaking points and those who haven’t. It struck me that many of the people in my life who remain sympathetic or outright denialist about the excesses of the Woke (Critical Social Justice) movement haven’t grappled with the possibility that it isn’t quite the noble and necessary cause that it sells itself to be.

What I realized is how very helpful it is for people, rather than becoming confrontational, to encourage their Woke-sympathetic friends to start identifying and naming what their non-negotiable lines will be. People’s lines will—and should—vary, but as things get increasingly extreme, they will also get crossed more and more certainly. Knowing the line has been crossed, however, takes knowing there is a line and where it is.

The question to pose, then, is simple enough: What would it take for you to say that the Woke movement has gone too far?

Why should you ask this? Two reasons, given how out of hand the movement already is. First, people should be asked to grapple with the idea that things could possibly go too far, or even that they already have. Second, in circumstances like these threaten to be, everyone should stake out at least some tentative line that their current principles won’t let them cross, and they need to do this before they’ve already crossed it and been forced to defend that which they currently find indefensible.

This simple act of getting people to commit to their principles before they let them slip is of tremendous importance and use because of how we process our moral reasoning. We do this by post-hoc rationalization, meaning that we lawyer ourselves into believing we acted morally after act, which often means after we’ve already crossed the line. Drawing a clear line ahead of time, especially in a social context where accountability weighs in, makes it that much easier to see the line, bright and clear, and that much harder to cross first and rationalize after.

You also don’t have to push the issue, and you shouldn’t. If you meet resistance, it’s best not to argue or damage your relationship, and you should know you won’t have to. There’s no need to force it. You can ask the question and then just leave them with it. The question will bother them basically forever if they refuse to play, and let it. Let it do its work. It’s far more important for them to grapple with than it is for you to get an answer to.

Then again, they might want to explore and engage. That’s even better.

My friend and I discussed some of the breaking points that were crossed for us and for people we know. For me, it was something between seeing unfair witchhunt-like haranguing applied to public figures I respected (falsely accusing them of racism and sexism), the subversive manipulation of language, and, especially, the brazen attacks on science coming from both the activist and scholarly communities around Critical Social Justice. This happened for me a few years ago. For my friend, it was the undeniable real racism and blatant double-standards at the heart of much of the Woke activist enterprise. For some of our friends, the public defense of riots in Woke language—like “whiteness is property,” so it’s okay to burn down a business—was a bridge too far. For others, it was being bullied into allyship that’s never good enough. For so many more, it’s just the outright racism.

Of course, I also hear from people citing the tearing down of statues (including George Washington’s), people losing their jobs, people being afraid to lose their jobs, “Shut down STEM,” people’s relationships falling apart (including otherwise healthy interracial marriages, in particular), and a wide variety of other clear signals that things have gone too far with this moral panic and the bad ideas rising to prominence within it. For more and more people, these need to stop.

Even though the conversation won’t go well, don’t be afraid to ask about this directly, because this is important. Get specific if you need to. Ask: Whose statue has to come down? Seriously, whose is the last straw? Abraham Lincoln? Martin Luther King, Jr.? Whose? What freedom has to be stripped? Due process of law? Speech? The right not to suffer cruel and unusual punishment?

Ask: When is enough, enough? Who has to get cancelled? Fired? How many people have to lose their livelihoods? How overt does the racism have to become? How many people have to humiliate themselves in “Antiracist” Struggle Sessions? Who has to be doxxed? Destroyed? Beaten up? Killed? Does it take a public lynching? Or would it take horrors we believed we left behind in the darker chapters of the twentieth century? Where is the uncrossable line between here and there?

The questions have to be asked. They’re something we have had the genuine privilege of not having to ask ourselves in a long time, and it seems like we’ve forgotten. Now, they have to be asked.

For one friend of mine, the line is at “real violence,” whatever that means in the present era. Perhaps it’s the kind the media isn’t spinning excuses for, maybe it means with firearms (it seems not to include the skyrocketing violent crime rates, though). At least it’s a line. At least he’s thinking about it. Another, a scholar, said the obvious perversion of his own academic field would be his last straw. It’s a bit fuzzy, but at least it’s a line and one that seems to fall far short of violence. Violence, he even said, wouldn’t be acceptable, and he’s already very uneasy with the property damage and the general mayhem. At least he’s thinking about it.

But, maybe it has to hit closer to home. Ask: Where is the line? Would it have to be personal? Do they have to be personally denounced a racist? Subjected to an “Antiracist” Struggle Session? Fire? Would it take destroying the thing they love? Their family? Their kids? Their job or career? Their hobby? Their life’s passion? What is it? What’s too far? We have to start asking, and it hardly matters if their breaking point is something selfish. People need to grapple with this. Even if all they can think about is themselves or their closest friends and family, at least they’re thinking about it.

For a close friend of mine, who is quite Woke still but not at all “all in,” we had to go quite far to find an absolute line. He has one. Should I, or other people he’s close to and knows don’t deserve it, get doxxed or start receiving credible death threats for standing up to Wokeness, that will apparently do it (does anybody deserve this, though?). Seems a little extreme to me that my own life would have to be on the line before he’d think surely this is getting out of hand, but at least he has a line. At least he’s thinking about it.

The people you ask should be able to find a Woke breaking point and name it, though, and if not, they need to be pressed on that point. That’s serious. They need to be asked: what does it mean that you can’t imagine this going too far? Maybe it spurs no reflection. The “right side of history” is, after all, quite the Greater Good, but even this is something they need to face up to, if it’s the case. Maybe that, at least, would get them thinking about it.

Again, the goal of this intervention isn’t to get anyone to change their minds. It isn’t even to get them to believe something horrible might be happening, is likely to happen later, or is even plausible in the current situation. It’s only about getting them to engage with their principles now before the machinations of motivated reasoning lead them, eventually, to excuse what they would, as of now, see as inexcusable—at least until it happens. 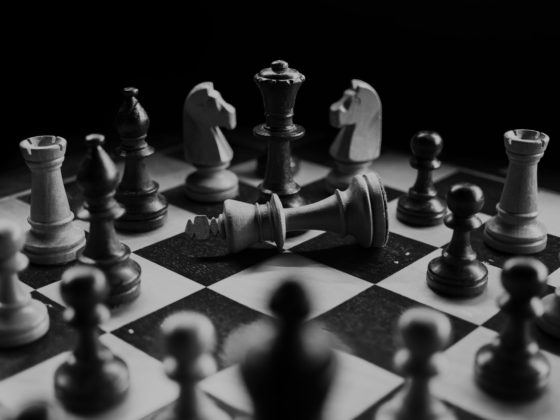 Ending Cancel Culture Is Up To You

The Defence Approach to Diversity